June saw TRC's top performers head on down to Bennelong restaurant inside the iconic Opera House.  The last lunch club held there was heralded as the 'best ever' so it had a lot to live up to.

The clouds were starting to form on Friday lunchtime that would lead to a rain soaked weekend for Sydney but Bennelong provided a large amount of brightness beforehand. As you walk into the restaurant what immediately strikes you is the simplicity of the place in comparison with other lunch club favorites and this is replicated in the menu with a selection of 4 dishes for entrée, main and dessert.  I’ve watched enough of Ramsay's Kitchen Nightmares though to know that a simple menu is sometimes the best and all the courses scored a 10/10 from me. The service was good although we certainly made the bar staff work for their money. At one point we all had about 4 drinks each

Bennelong had a lot to live up to after the last group who went earlier this year had claimed it to be “the best lunch club ever!” A bold statement. While I don’t necessarily believe this time around it was “the best ever”, it definitely was very good. The location inside the Opera House is pretty special and unique, and the service had no complaints either. There was always someone on hand to speak with if needed and they looked after us pretty well.

In terms of the food, I had the “slow cooked pig belly” and scallops to start, duck for main, and chocolate cake for dessert. The starter and dessert were both exceptional, really really nice. Wasn’t too pushed on the duck, it was ok but I wouldn’t be rushing to have it again. Our own personal Sommelier Matt “lets order every wine on the list” Anlezark looked after the wine for the afternoon and definitely didn’t hold back, no complaints there, they all hit the spot.

In conclusion, atmosphere was good, food was very good, and the company weren’t too bad either. All in all I’d give it 4.5/5. Would definitely go back!

Nice location but the restaurant was a little dated inside. As nice as the food was, the menu was limited and there were no side dishes available. We were all stocking up on bread as we were so hungry. There was no option for cheese at the end of the meal and we were asked to leave at 4.30pm, which was a little disappointing given the money we had spent and the full table of drinks we had. We actually drank more than we ate this time, which is good and bad. Good to tick it off the list but I wont go back.

Snazzy cocktails, a dedicated wine waiter, trendy craft beers – what more could you ask for from a Friday lunch club venue? Oh – the food… well considered fusion tastes, even on the vegan menu, which was produced without fuss. Lovely light airy venue despite being sat in the belly of the Sydney Opera House – plenty of giggles too courtesy of the selfie stick touting tourists, grinning and checking their snaps right outside Bennelong’s floor to ceiling windows. 4.5 out of 5 – would be a solid 5 if not for having been ejected from the restaurant after our espresso martinis so that they could clean for the evening service. 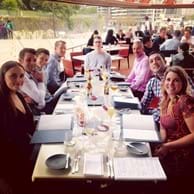 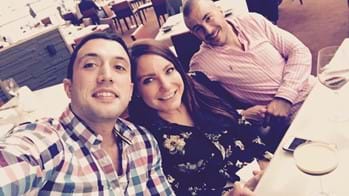 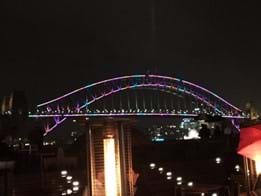