Some people might say Holly is too fanatically organized, but she would refute this. Sometimes, she says, she even schedules times in her diary to be unorganized. Apart from being organized Holly’s great passions in life include napping, hybrid pastries (think cronuts, cruffins and dookies) and grapes of all varietals, particularly if they’re in liquid form.

Holly is a music lover and is particularly fond of virtually anything sung by guitar/banjo wielding bearded guys lamenting their lost love. She’s also a boxer and netball player which leads to her other favourite pastime which is Epson salt baths to recover from boxing and playing netball.

Holly’s legendary organization skills, problem solving abilities, passion for culture and love of liquid grapes makes her the perfect addition to The Recruitment Company, where she is the go to person for anything that anyone in the recruitment agency needs to get done.

Unnervingly good at: Cards Against Humanity

Check out the jobs I have on our job board right now, or get in touch, I’d love to hear from you. 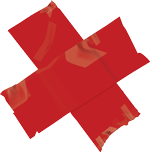